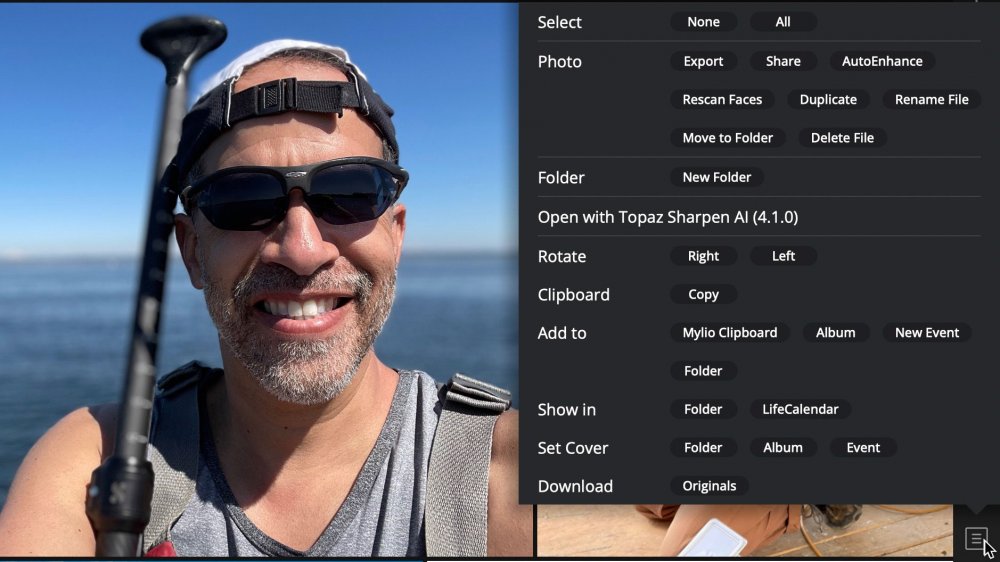 The Actions Menu dynamically changes based on the current view and what (if any) media is selected. It contains common commands and can be accessed from the Actions Menu icon (three horizontal lines in the bottom-right corner of the application window), or by right-clicking on a selection.

!WARNING Deleting a file is a permanent action and cannot be undone.

!WARNING – Deleting a folder is a permanent action and cannot be undone.

Open with… – Open the selected media in the most recently used external editor.

Undo – Undo the most recent action.

Redo – Redo the most recent action.