If you haven’t found the media you’re looking for with common search modifiers, you may want to try using advanced search expressions in Mylio Photos. 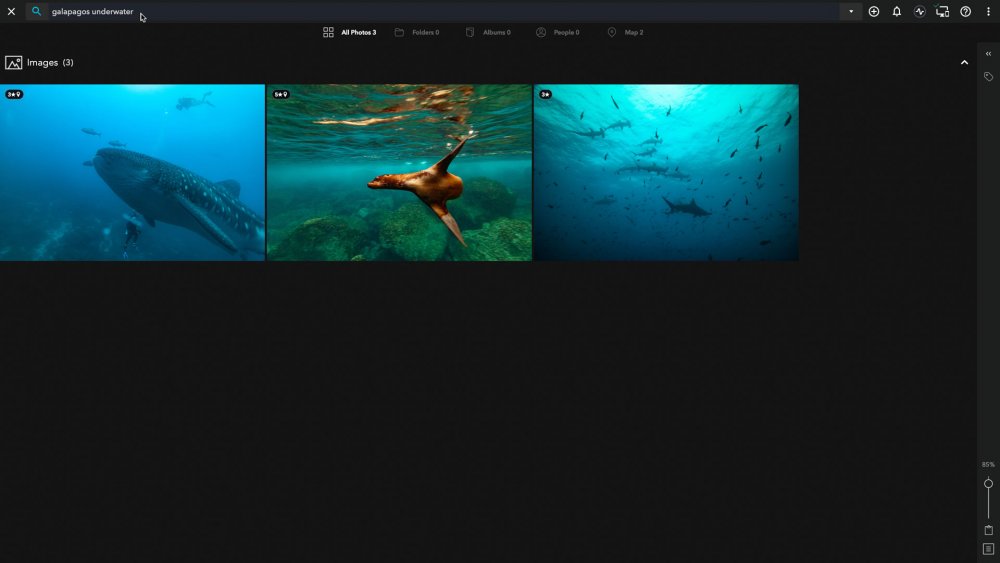 Entering a word into Mylio Photos’ search field is known as an expression. Expressions can be grouped or modified to customize your search results.

*TIP: Placing quotation marks “ “ around a phrase tells Mylio Photos to look for that exact phrase. For example, searching sunset beach will locate media with both the words sunset and beach. If you search “sunset beach” Mylio will look for media that match the exact phrase.

*NOTE: Search modifiers are not case sensitive. For example, you can enter a search with sunset and beach, sunset AND beach or sunset & beach and get the same results.

*NOTE: Expressions are interpreted by Mylio Photos in the 1-7 order above.

Term-or-value expressions let you narrow your search to a specific type. Term is the type of item you’re looking for and value is the name of the item you want to find. Here are a couple of examples:

Click here to view the complete list of possible term-or-value expressions that can be used in Mylio Photos’ search.

Using Strings to Customize Your Search

A search string is a combination of characters and words that make up a search query and can be further used to customize a search. In Mylio Photos, you can use punctuation (apostrophes, quotation marks, parentheses, and asterisks) to modify your search.

As an example, we’ll search for a photo that has the following caption:

The “quick” brown fox jumps over the lazy dog

fox dog – Two expressions (words) specified one after the other implies an AND. For example, a search for fox dog will find photos that have both the words “fox” and “dog” in the filename, caption, title, keywords, people, or using OCR text recognition.

caption:fox – Using the explicit search term caption: limits the search to just captions and will search the whole word. It will not match “foxtrot”, “outfox”, or “outfoxed”.

caption:=’The “quick” brown fox jumps over the lazy dog’ – The equals sign = tells Mylio Photos to search the caption exactly, including capitalization. Using an apostrophe ' before and after the caption allows the quotation marks in the caption to be included.

caption:”The quick*” – Adding the asterisk * at the end of the string looks for captions that start with “The quick”.

caption:”*lazy dog” – Adding the asterisk * at the start of the string looks for captions that end with “lazy dog”.

caption:*row* – Using an asterisk * before and after the letters “r”, “o”, and “w” in that order will look for words, including partial spellings, so the word “brown” would be included in the search results.

caption:*ju?ps* – Using a question mark ? in this way will search for captions that contain a word that starts with “ju” and any single letter, followed by “ps” so the word “jumps” would be included in the search results.

Mylio Photos’ search tool can be used with any of the following explicit search terms:

*TIP: Search expressions can also be used in their plural form. (e.g. album: or albums:, person: or people:, etc.)