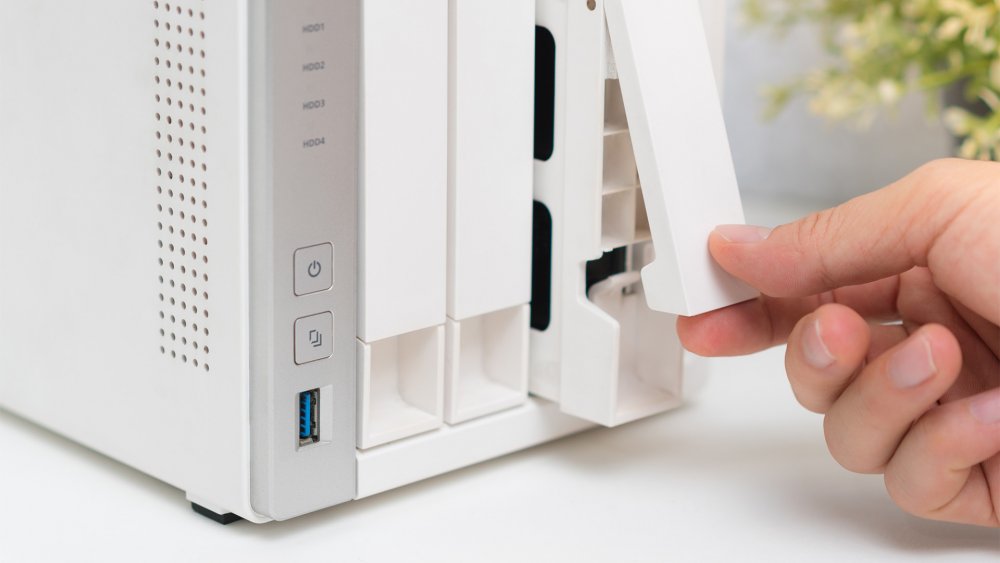 External storage comes in several varieties. Choosing the one that is right for your needs, depends on the size of your photo library.

The most common is a single drive. These are typically a single HDD or SSD in an enclosure that can be connected directly to your computer. For most users, these will be more than sufficient for storing photos, videos, and other important files.

Users with large photo libraries, such as enthusiasts and professional photographers who shoot with high-resolution cameras, may require additional storage beyond what is possible or economical with a single drive. There are many options available, but we’ll look at two of the most common: RAID and NAS.

RAID is an acronym for Redundant Array of Independent Disks. In a RAID setup, several drives are configured so that a computer sees it as a single device. This allows for an increased storage capacity. Depending on the setup, a RAID may provide some level of protection against data loss and improved connection speeds. RAID setups are more complicated than using single drives and are recommended for advanced users only.

NAS is an acronym for Network Attached Storage. NAS devices offer storage over a network connection rather than a wired connection via USB or Thunderbolt. A NAS can be a separate device or another computer acting as a server. This offers the potential for greater storage capacity but requires a network connection to be accessible. Access speeds will vary based on your network’s capabilities.