The Inbox in Mylio Photos is an automatically generated folder, similar to the Apple Photos Photos and Android Photos folders. The Inbox folder is created the first time you share media from a mobile application to the Mylio Photos app. On most mobile devices this is done from the OS (iOS or Android) share menu. Once created, this folder is also useful on desktop computers as a quick repository for adding images from external applications to your Mylio Photos Library.

Creating the Inbox Folder on a Smartphone or Tablet 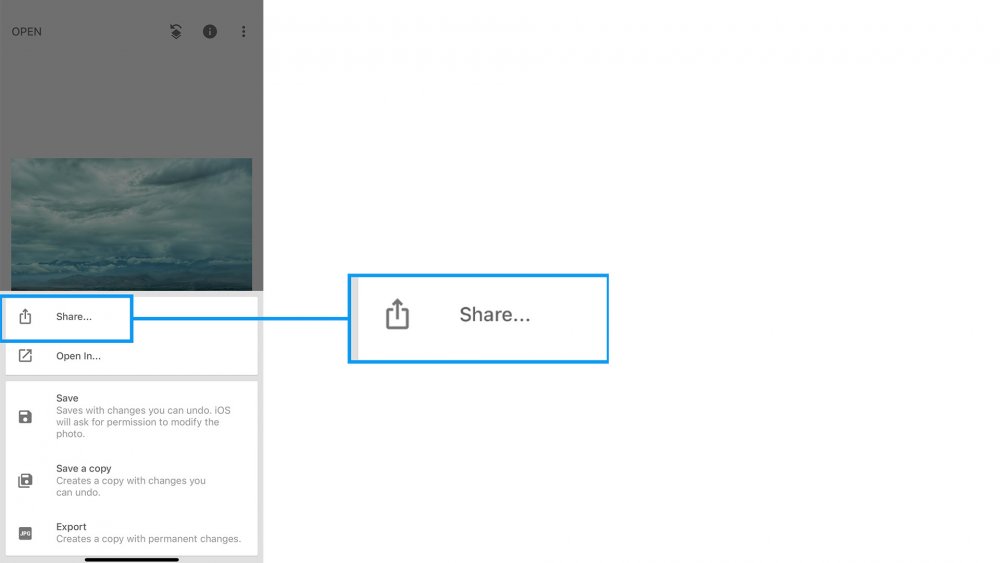 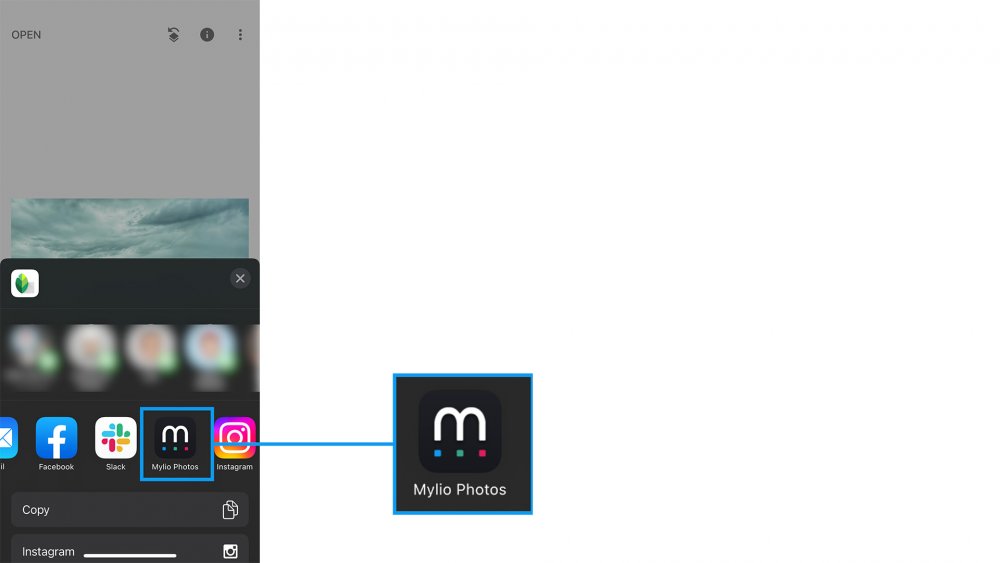 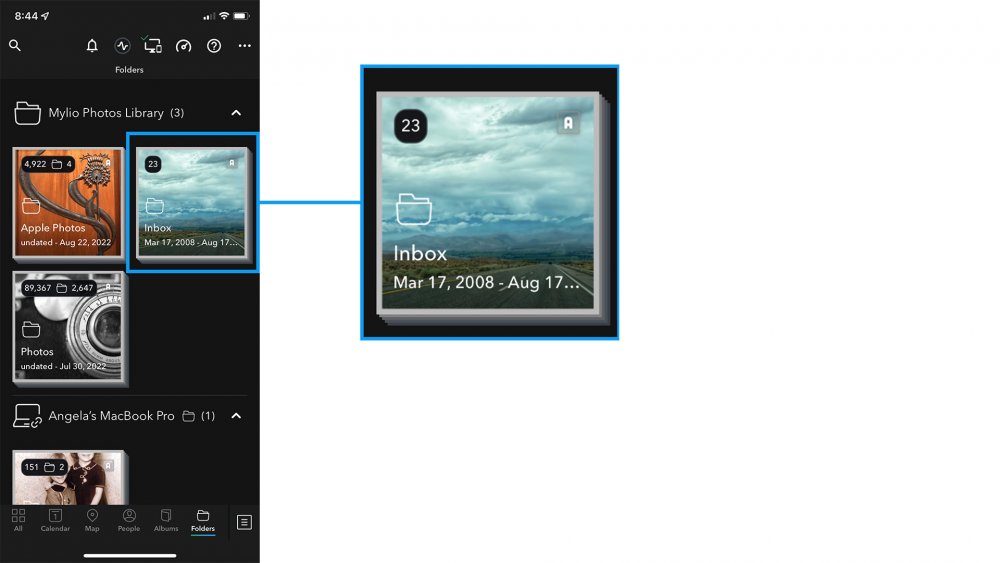 Images saved to the Inbox Folder can be easily moved and organized in Mylio Photos.

Using the Inbox Folder on a Computer

Once the Inbox folder has been created on a mobile device, it can also be used on a computer for an easy and accessible place to add recently edited media to Mylio Photos. 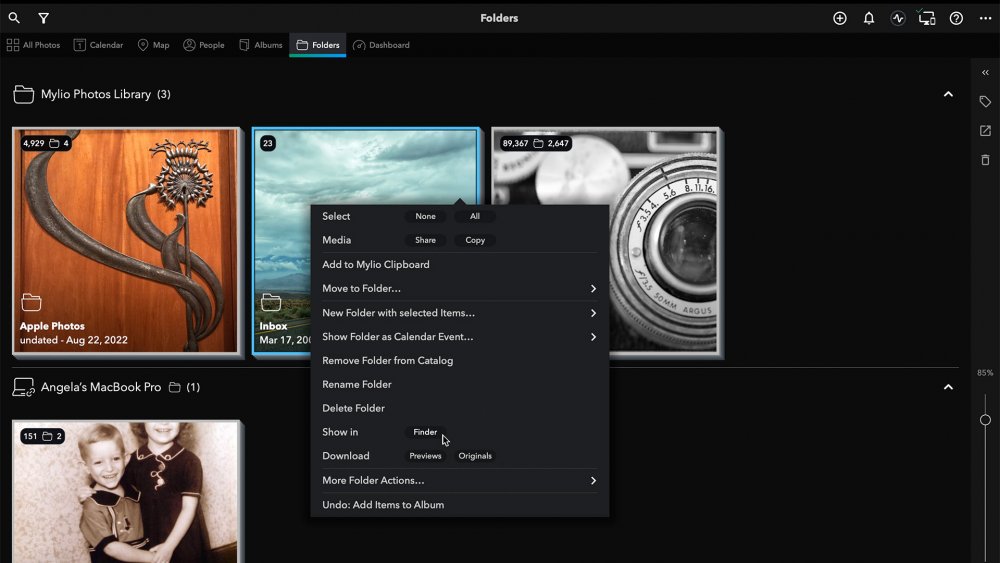 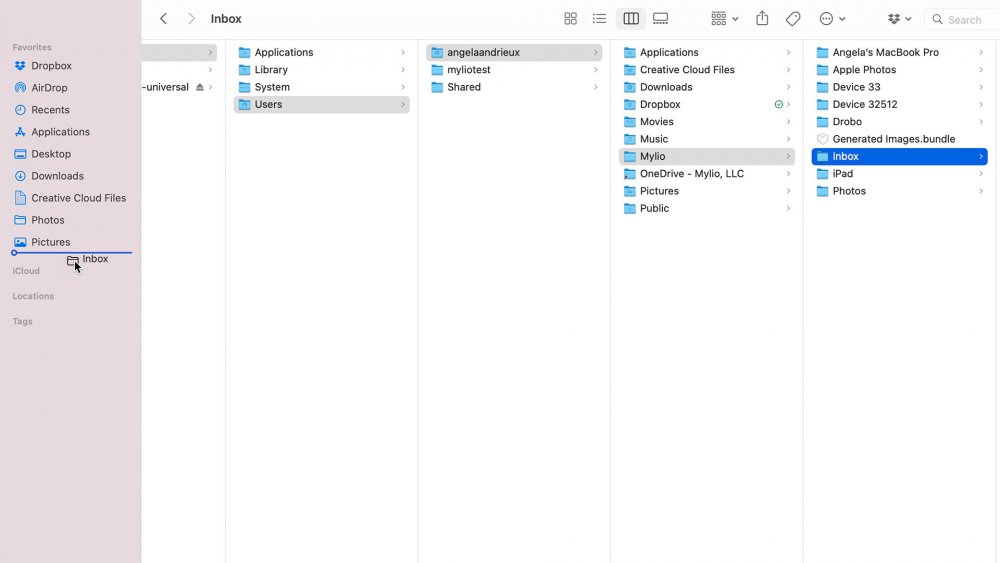 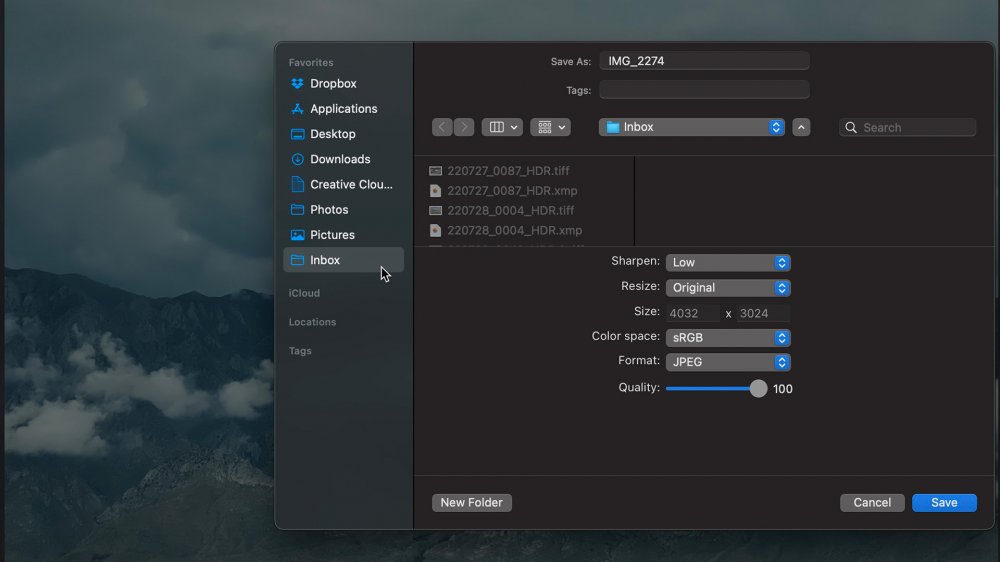