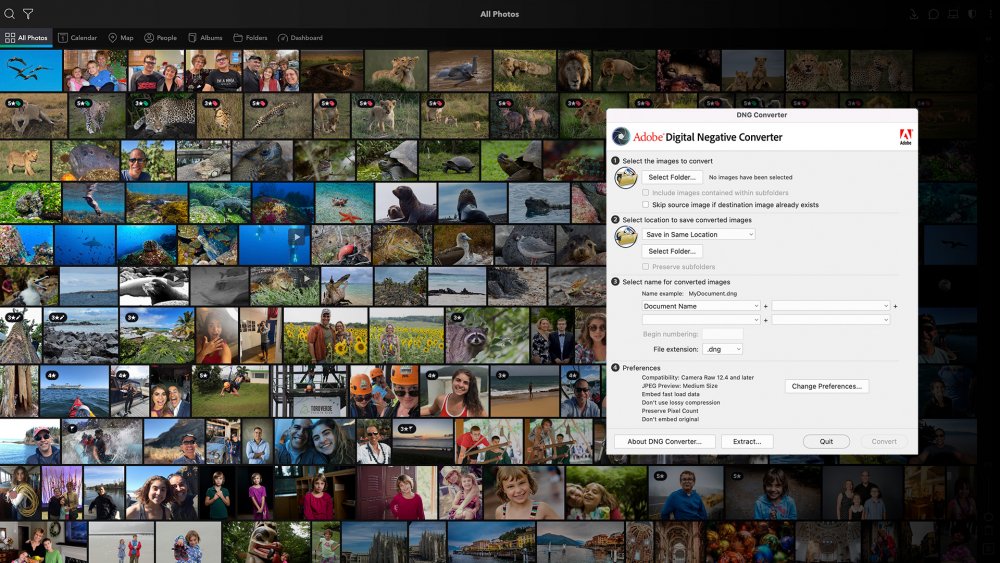 In some cases, you may encounter files that Mylio cannot read. Unsupported files come in two types:

The most common unsupported files will be Raw files from a newer or much older unsupported camera. Mylio will import the image(s) and allow for syncing but will not be able to display or edit them. The image will still sync between your devices and can be viewed outside of Mylio by using the File Explorer (Windows), Finder (macOS), or a third-party application. Mylio also regularly updates its Raw format support with product updates. You can request support for your camera model by emailing support@mylio.com.

If you’re trying to open an image from a camera that is not officially supported by Mylio, the best workaround is to convert the image to a DNG file. You may also be able to create DNG files in-camera. Alternatively, you can install the free DNG Converter from Adobe.

Mylio fully supports DNG files, including DNG files created by cameras and those created with the DNG Converter utility from images in another raw format.

If you encounter a file that cannot be imported by Mylio, it is important to note that Mylio will not be able to sync it across your devices or protect that file to a Vault. However, these files will not interfere with your Mylio experience or cause conflicts within the software. The unsupported files will simply not be visible within Mylio. Mylio will not delete these files but may place them in a separate folder after completing an import session.